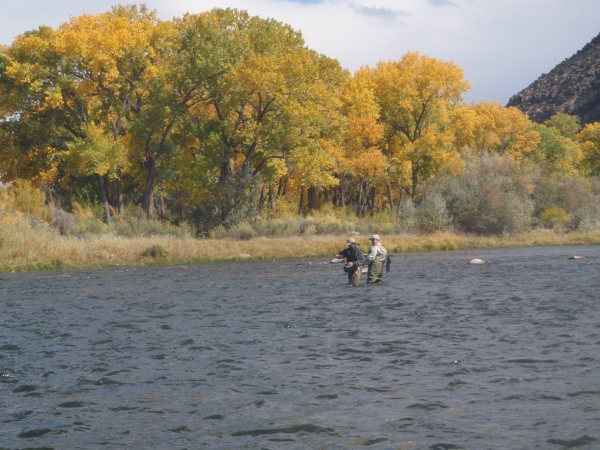 If you use a 7ft and 9ft rod that are both the same line weight what's the difference? Is it just the ability to maneuver in tight spots or is there something else? First, we should define short and long rods. Typically, any rod less than 8 feet long is a short rod. Anything longer than 8 feet can be considered long.

Longer rods help with line control when fishing moving water where you're trying to reach over currents. They also generally work better for roll casting. Another thing is that it's often easier for a beginner to feel a longer rod load, which can help them improve their timing.

Shorter rods are generally easier on the wrist, more accurate, and can make landing fish easier after you get them close enough to net. There is also less tip bounce and short rods tend to track the line in a straighter path.

Many folks advocate short rods for fishing in heavy cover or on small streams, but I often find evidence to the contrary. If you're going to be roll casting in that tight cover, you might be better off with an 8'6" rod than a 7' rod. A longer rod in tight cover also gives you the option of dappling/reaching the fly over where the fish is with no cast involved whatsoever. In this case you may be simply rolling, dipping and dapping because there is usually no need for a back cast.

To wrap all that up, I think if you need the rod to reach over currents, roll cast long distances, or cast a long way, a longer rod will be a better choice. If you want to make short accurate casts, cast overhead in heavy cover, or feel light in the hand all day a short rod may be just the ticket.

The following is a list of advantages and disadvantages of short and long fly rods.

1. More Forgiving: Much more forgiving of poor casting strokes.
2. Back Cast: Enables a higher back cast with ease.
3. Longer Lever: Somewhat easy to lift the line from the water.
4. Line Control: Line mending and control is much easier.

1. Less Forgiving: Not forgiving of casting errors.
2. Line Control: Mending fly line is more difficult
3. Hard Work: It takes more effort to be efficient.
4. Shorter Lever: More difficult to lift the line off the water into the back cast.

More in Fishing Updates: « Seasoned Guides for All Seasons Spring Fishing the San Juan River »
back to top