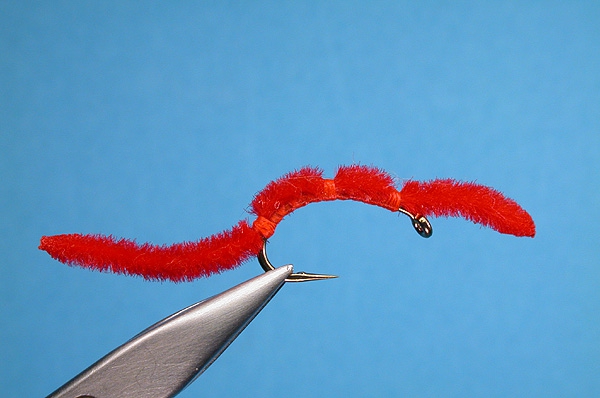 The San Juan worm has been around for decades. It was originally developed down on the San Juan River in New Mexico. The fly has spread to almost every corner of modern fly fishing.  Biologists have learned that almost every body of water harbors some population of aquatic worm.  These worms are usually small, one to three inches long, and make up an important part of a fish’s diet.

The fly has become incredibly popular for several reasons.  The first and most obvious is that it works.  On almost any river in America on any week of the year, a San Juan Worm will catch fish. Another reason is the fact that it is so easy to tie.  Even a novice tyer can whip up some impressive looking worms in no time.  Due to its ultra simplistic design, the worm is also cheap to mass produce.